Can the host be added with an entrance or disslove effect?

I am the beginner for aximmetry and i want to get this effect,

I could use dynamic material for actor in UE5,but i found in aximmetry ,the billboard is separate from the scene,how can i effect it ?

By the way ,is there any document about the usage of module?

For example, you can make this effect in Aximmetry on the billboard: 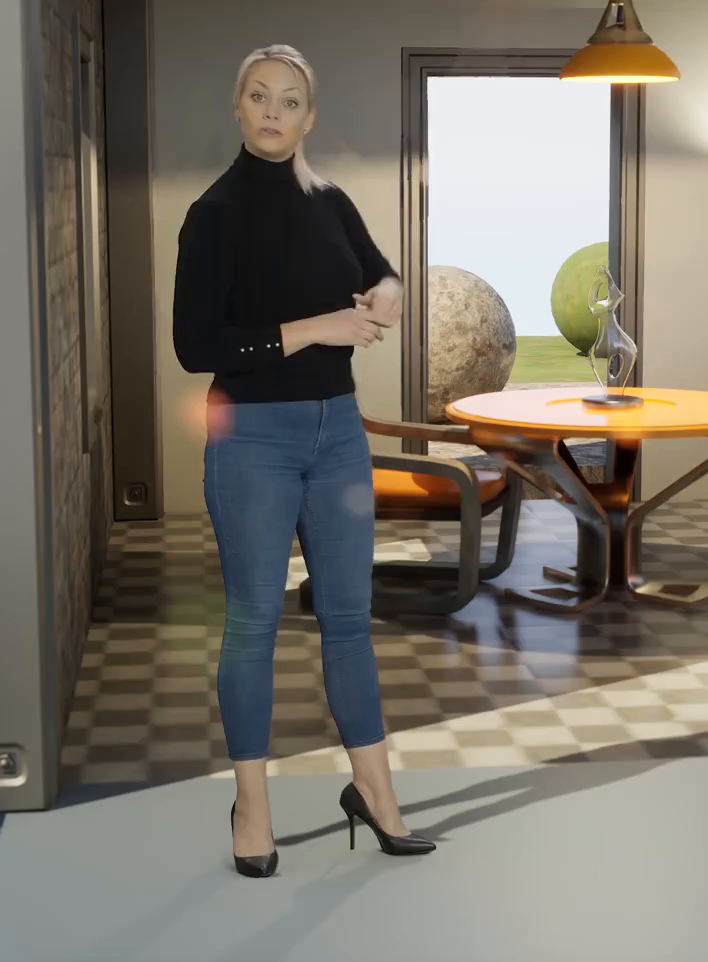 To do so, first, make sure you use Allow Virtuals.

If you don't want to use Allow Virtuals, you will have to edit the camera compound. If you want that I can describe how to do it.

Then you can do the following setup, where we use the [Common]:Compounds\Transitions\Wipe_NoiseLine.xcomp for the actual dissolve effect. Note that there are various other effects that you could use on the billboard in the [Common]:Compounds\Transitions\ folder.
The Rotator modules have been added so that the effect goes from bottom to top. Set the rotation mode to 90° CCW in the first Rotator module.
The If module has been added so that the effect only consumes resources while it is active.
And the Timer module has been added to control the effect. You probably want to change the Timer's Speed and End Time pins.

Depending on what kind of reflection and shadows you use, you might need to do the same connections and nodes on the B1 Refl/Shadow/AO textures.

After this, you should already see the effect on the billboard. But there are some issues, so let's edit the Wipe_NoiseLine compound a little bit. Right-click on the compound and select Edit Compound In-Place:

Inside, change the Solid Color module's color pin to any color you want the effect to be.
And add the Alpha Splitter and Masker modules as below. These will mask out the effect, so it will be only visible over the actual billboard.
And add a Tone Mapper module with the pin values as below. The Tone Mapper makes the dissolve effect much nicer:

You can also change the Shaper module's amount to make the dissolving line thicker. Or change any other module. You can always peek at the connection to see how things are by holding down the CTRL and moving the mouse over the connection.

Note, you can even make your own dissolve shader in Aximmetry and use that on the billboard with Custom Processor module:

Most likely, this would be more resource efficient.

I tried your method, but there seems to be a problem. When I press the trigger, the character rotates 180 degrees, and the light passes over the character 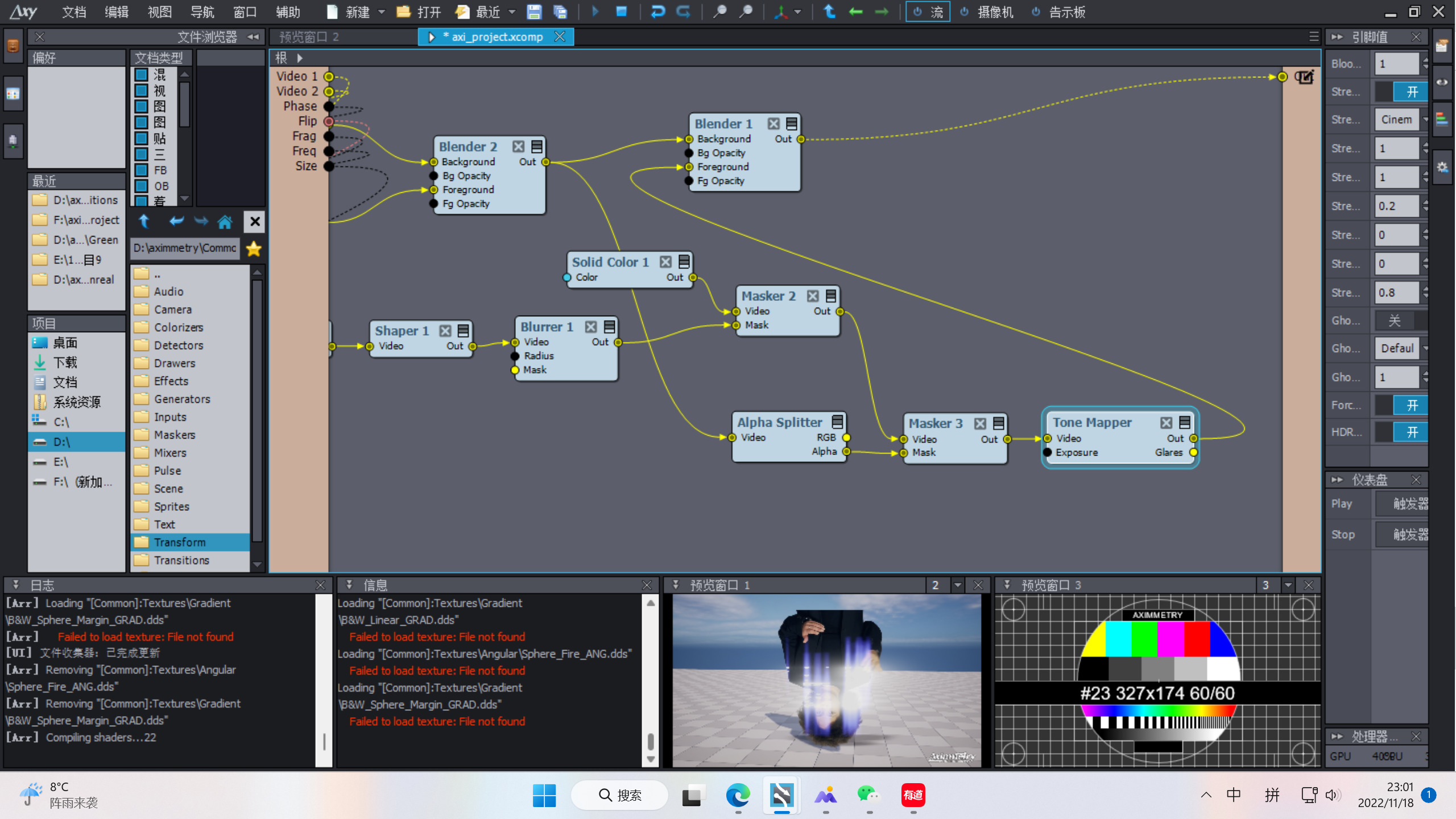 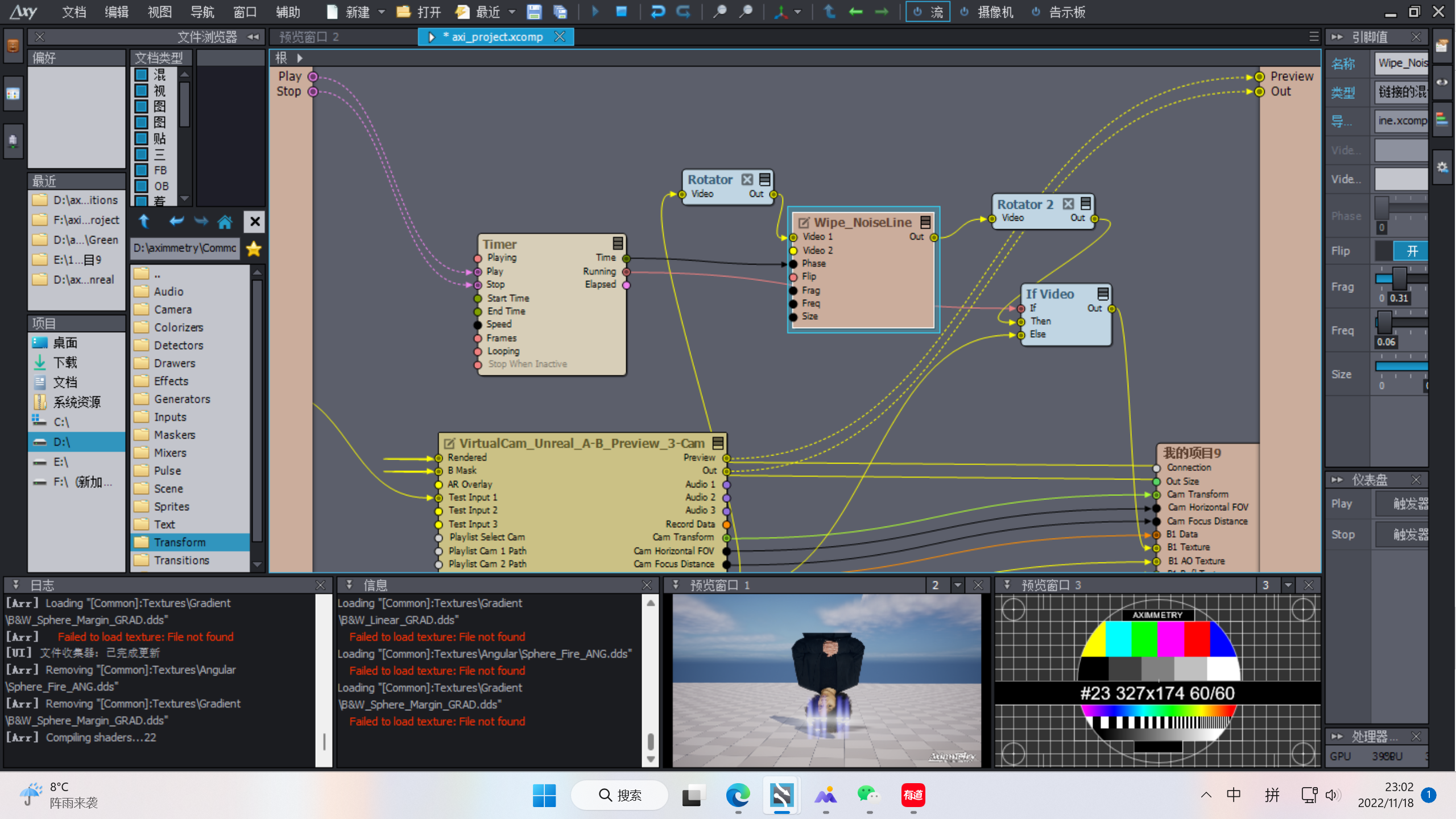 I forgot to mention that you need to set the rotation Mode to CCW in the first Rotator module:

It is hard to tell what is going wrong.

You can check if your billboard gets masked after the Wipe_NoiseLine compound by peeking on the connection (hold down the CTRL and moving the mouse over the connection):

Also, you can disconnect the Timer from the Wipe_NoiseLine compound and set a phase's position yourself:

And make sure that Allow Virtuals is turned on:

I used the method you taught me to find the error, the missing material path, now it is successful, but I want the character to be hidden at the beginning and come out when I press the trigger

You might want a setup like this. Where the Hide dashboard pin switches between hidden billboard and visible billboard state.
In the If Scalar module, you have to set the transition in (Then) and out (Else) speeds for the Timer:

Thank you soooooo much!