I was wondering what would be the approach to achieve the following effect:

Mainly I am concerned about two questions:

1. The picture frame as a 3d object shows an entire world behind it, yet it is masked in some way outside the borders of the frame. How would you achieve masking the interior of a certain element, such as this, or a hole in the ground or etc.

(I have tried using a simple worldPosition mask material, as suggested here

but it masks out the entire object from a certain point in space).

2. In the case that i would like to use a 2D video on a physical screen, instead of the 3d element such as the frame, and make the air-plane pop out as an AR element right at the moment it has reached the surface of the screen in the video. What could be the best approach for doing so?

There are several ways to do this. The methods listed here are the simplest I could think of. If they don't work with your setup, then there are probably other solutions that will better fit your needs.


You create a window by hiding the rest of the scene. You do this by rendering a mask with the Camera module's mask feature.

To render the mask use [Common_Studio]:Shaders\VCam_Billboard.xshad shader and 4 big rectangles: 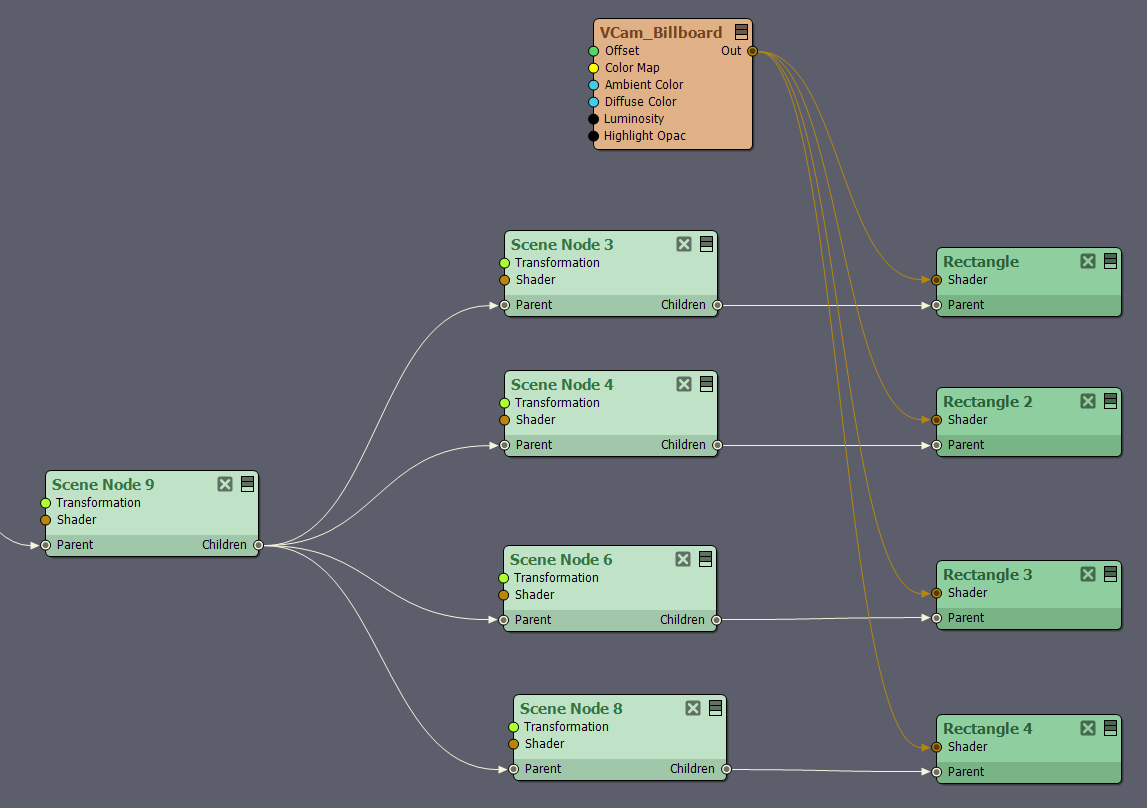 Place the 4 rectangles around the window: 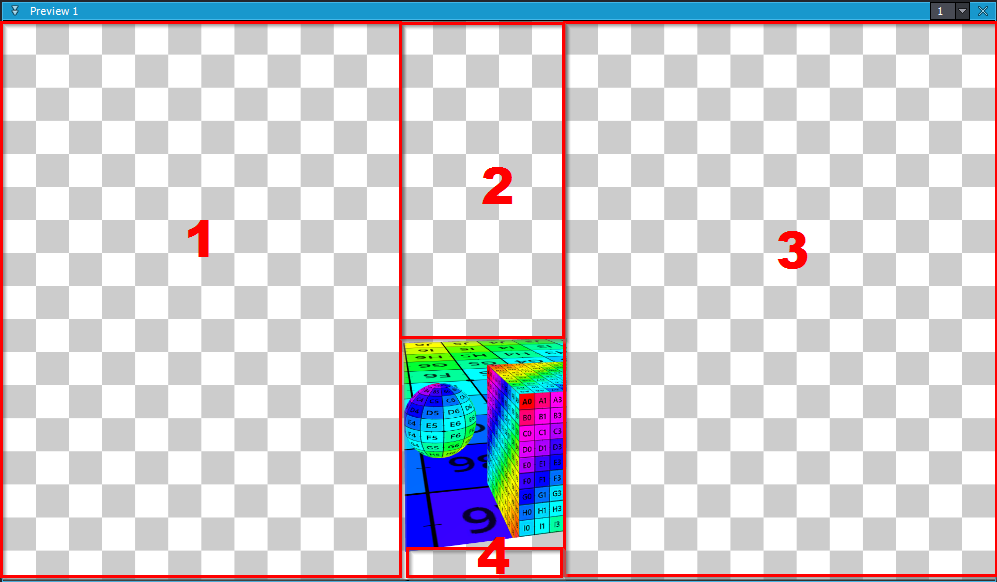 Make sure that the rectangles are big enough that the camera will never see behind them. They don't have to end like the markings in the above screenshot. Or you can use any other model with the shader to function as a mask.

And connect the Camera module's Mask and Out output pins the following way to the AR camera compound:

The airplane model has to be in front of the rectangles in the world position when leaving the window.

You create a window by hiding the rest of the scene. You do this with a material that is set to AlphaHoldout Blend Mode and set to Unlit Shading Model: 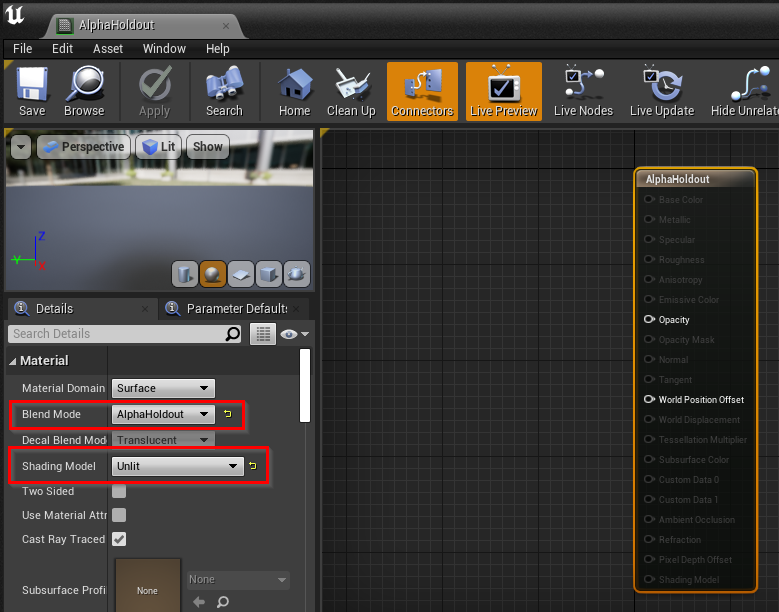 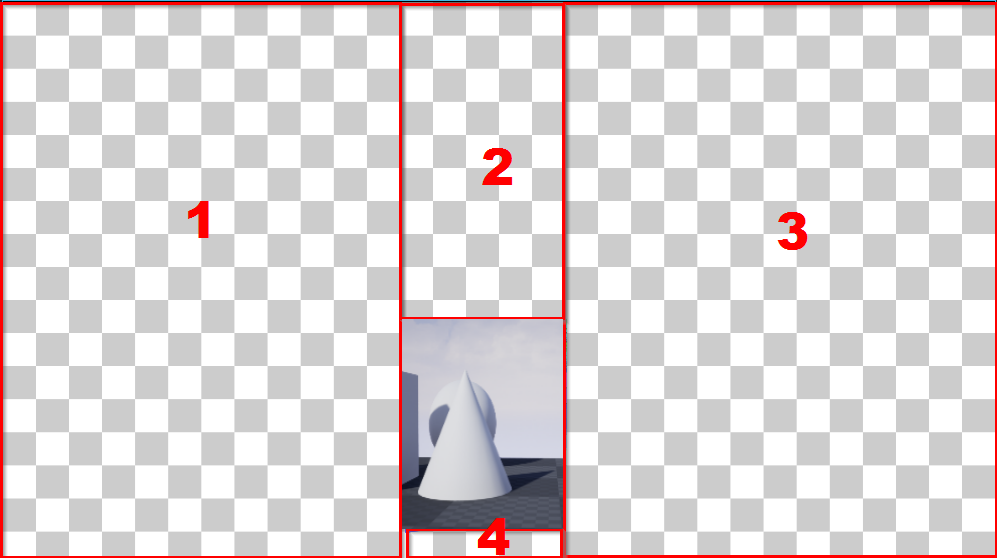 Make sure that the planes are big enough that the camera will never see behind them. They don't have to end like the markings in the above screenshot. Or you can use any other mesh with the material.

The airplane model has to be in front of the planes in the world position when leaving the window.

In Aximmetry you set up the Flow Editor as with any other Unreal AR scene:

Thank you so much for the detailed explanation.

You absolutely nailed it.

Iv tried doing the first version (where the Aximmetry is the renderer), and it works just fine, however, the mask plane leaves dark visble borders.

Is there anyway to make it completly trabsparant? 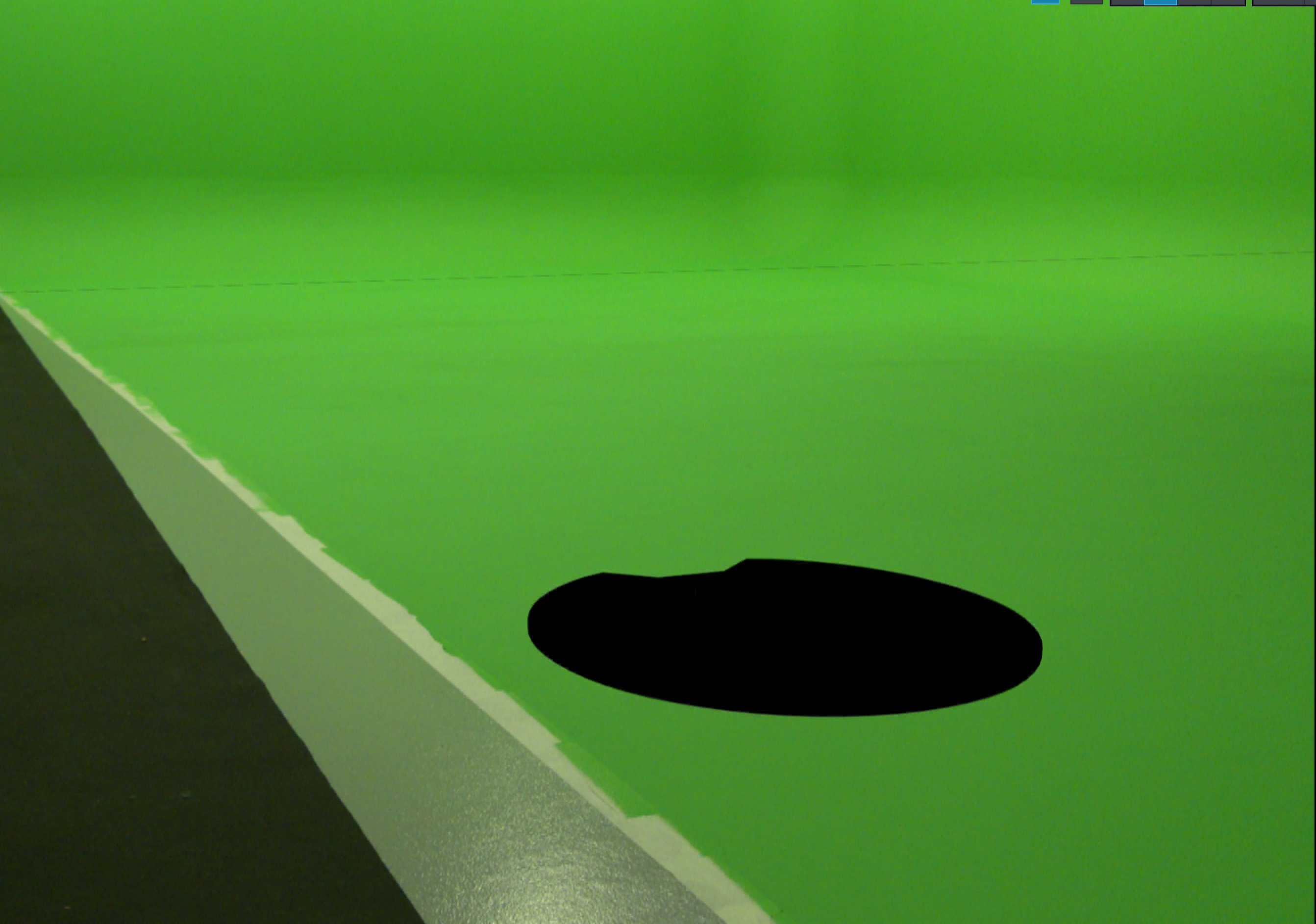 If it still does not work or you need this to happen after the Camera compound, then can you send a screenshot of your Flow Editor connections so I could better understand your situation.

How to do this now? Can share a tutorial?