I have created a tutorial (sorry for my accent) to make a generic object mover.

Just connect the world transformation to the pin in the Unreal Scene that controls the object and you can then control the object from the keyboard or midi or however you desire to move the object.

You can also daisy chain objects. The chained objects could follow the movement of the first object but can also move independently.

You can use it to control the camera without losing the A-B functionality.

It can also be used to move the billboards (that was my initial goal). More on that in another video or post.

The best thing is that you can also animate the objects by manipulating the left-right-up-down etc triggers.
The even greater thing is since the movement is relative to the original transformation if you create an animation for one object you can apply it to any object.

So if you create an animation for an object to move in an 8 path, you can just use the same animation, without any changes to another object(s). So we could have libraries of animations (parametric).

Thanks for sharing this tutorial

Here is the actual ObjectMover compound. It also has the DirectionMover compound included since it uses it.
Added a reset trigger , to reset InitialDelta values to zero

Here is how to use it with a camera. No need to edit the camera compound. You just bypass the cam transform with the mover and then use the controls (assigned to wherever you like) to move the camera 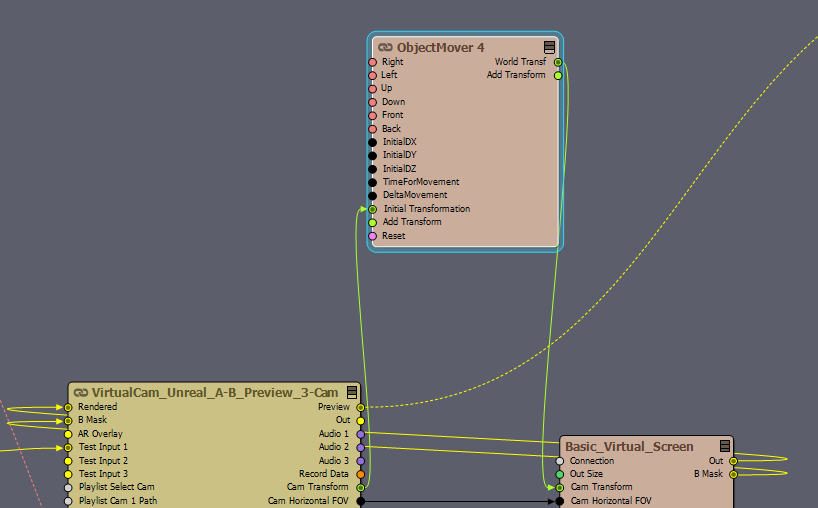 Last but not least, moving the billboards using the object mover requires a little bit more work since the data are in a collection and we have to move not only the billboard but the reflection, the shadow, and the AO 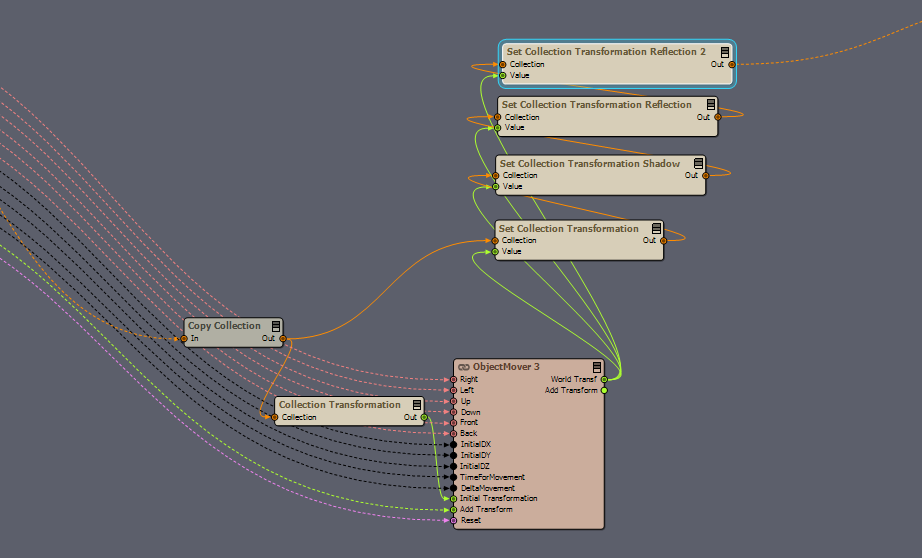 Keep in mind that when the billboard is rotated (thus in portrait mode) the controls are messed up (right is down, up is front etc). So making a new version for a portrait billboard renaming and reordering the exposed pins is much easier. 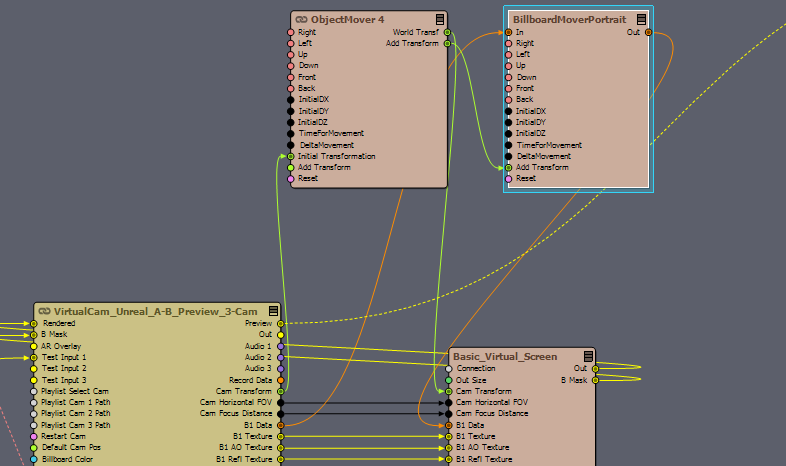 Small hint: Incremental module can also be used as some kind of "memory".

Thank you. Thank you for the hint. I will explore it! :)

I will now try to see if generic animations can work.

Thanks for sharing this good idea. But I can't move the billboard with the camera following it. I just want the effect that an actor is standing on a boat moving forward while the camera follows. It seems the background moves backwards.

You could consider moving everything in Unreal except the boat, the billboard, and the camera. In most cases, it is irrelevant what is being moved in the virtual world for the render engine.
Otherwise, you will have to move the boat from Aximmetry.

If you can share a screenshot of your set up in Aximmetry, it can help us lot in a figuring out what goes wrong.

Thank you, brother Eifert. I will try it as you suggest. If I have difficulty I will be here again to consult you.